Lovers of humanity will often be rebellious in matters of  injustice. that support the status quo.
This site is for independent thinkers and GodRebels, as we call them, who are also seekers of unity and soulful realities as well.

Are you a Spiritual Rebel-- ?
Many of us call ourselves "spiritual but not religious".  Often we're turned off by the abuses of misguided faiths and clergy.  Today a new era of spiritual healing is dawning,  supported in new spiritual pathways and the admission of Spirit's oneness.
​

GodRebel Riffs
... gives us a way to tell our stories and that can be very healing.
But it may also be a harm when it leads to dis unity, dysfunction or disuniting factors

Rifts of Disunity and Pain

A rebel is a person who stands up for their own personal opinions despite what anyone else says. A true rebel stands up for what they believe is right, not against what's right. It's not about smoking crack, drinking till you're rendered unconsious, or beating the crap out of anyone that crosses your path. It's all about being an individual and refusing to follow a crowd that forces you to think the same way they do even if it means becoming an outcast to society. True rebels know who they are and do not compromise their individuality or personal opinion for anyone. They're straightforward and honest and they will sure as hell tell it like it is.
Urban
God Rebel 2.

Lovers of humanity will often be rebellious in matters of  injustice. that supports the status quo.


t This site is for rebels and God rebels who are also seekers of unity and soulful realities.

You could be a rebel if--
As a ​teenager, ou ​dyed your ​hair ​pink.
You might be a pseudo-rebel” if... The author Albert Camus once said, "I rebel, therefore I exist." Rebelling is more than just standing out from the pack, it's establishing your identity and making others notice you. If you're sick of following the herd and feeling ordinary, follow these steps to become a known rebel.

Hold unpopular views on political and social issues. A central part of being a rebel is to develop views that go against popular, traditional views.
Musical rebels: Kurt Cobain and Tupac Shakur based much of their work and philosophies on figh

Spiritual Apathy
​     The rampant disconnect from Spirit may now pose a dire threat to all the human race. When we lose the long- held motive, the spur to virtue we are left with a crass materialism that breeds injustice. Further, our will to bond and work together is impaired, leaving our world in trouble.

* Hurts to the Body of humanity, including religious wars and competition. Spirit was never meant to be divided against itself.  Its truth wants no part in injustice, cruelty or war.

* Hurts to the Human Mind: Truth- seeking is Spirit's hallmark.     Her gifts to humankind include a rational and thinking mind. 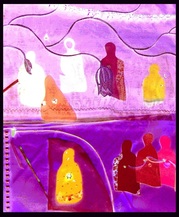 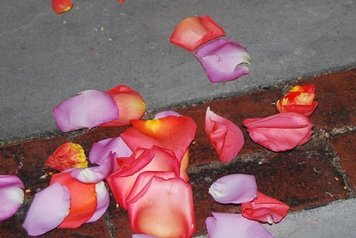