New Faith Concepts include:
-- Unity & An End to Divisiveness--
All faiths are one, and the faiths are truly coming forward to proclaim their oneness. Unity has become more central.
Blind Faith Disputed- Literacy has put an end to the clerical monopoly on knowledge, and most faiths today upraise the value of education, seeking an end to superstition and blind belief.
-- No Donations are requested or taken from non- members in many faiths today, including no passing of the basket or taking funds from special interests. 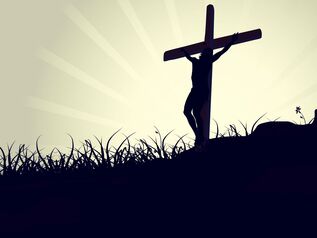 Proselyting or seeking converts for many faiths is no longer thought to be constructive and is often not allowed. Trying to impose one's beliefs upon another is coercion and is not reflective of spirituality.

Kinder Administration, is beginning in the faiths, often with no clergy and no coercion.   Politicking is eschewed at least in some faiths, as it rarely leads to spiritual outcomes.  New ways* help groups to find spiritual solutions sans selfish and ulterior motives such as in jockeying to force one's own opinion. Humanity has matured today, allowing for new methods,* new standards of governance and decision-making which are now in use for collaboration that's healthier, more unified, kinder and more virtuous than in the past.
​      See Healing Religions Page 1 for more ​-- or--  More on page 3-- For Humanity
---------------------------------------------------- 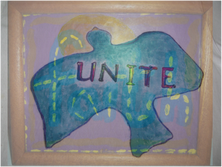 Learn more at SpiritTop.com--     Join in an exploration into Spiritual connection as made for thinkers, rebels, seekers, and a better world.
​​Spirit : Teachings for the Age / Community / Healing Religion / New Faith Concepts /
For Humanity / Virtue / Spirit’s Kindness / Religion's Power
-----------------------------------------------------------------------
​    *  Notes: *Consultation is a method used in Baha'i administration, written into its bylaws to include avoiding involvement in outside politics and policies. Its also now used in other venues, to avoid contention, partisan or divisive schemes as found in political concerns. This method of consulting is known for its capacity to bring spiritual tools to governance, economics as well other types of meetings and organizations. The Faith has invited world leaders and others to study its unique systems,  A Faith Example--  The Baha'i Faith is used as the most high- profile example among the faiths in the offering and creation of these healing concepts. Having upheld healing remedies for the abuses and confusions of religion's hurts and harms along with new systems that bring spirituality to government and administration, the Faith has also been seen as an example of faith in action and hopefulness. The Baha'i Faith invites all to draw from its communities and guidance, dubbed by many as "amazing" and "incredible" among grassroots and democratizing systems.
Learn more about Baha'i & friends' groups for action here.