​Blog​​ / Video / Why Seek ? / Strong Power / To Call Many / How- To / Science / Prophet- Rebels /
A Higher God/ God Talk / Healing Religion / Spirits Law / Spirit- Rebel/  Action / For our World/ Connect
The oneness of God and of religion may be the first, most vital truth we need today. Modern understandings show a progressive, continuous revelation through the Prophets, told from age to age, changing with evolving needs of the time in which each Master lived and taught. This explains the major differences between the traditions of each faith.
​      Every Spiritual teacher of the faiths has built on teachings of the Holy Ones who went before. Thus, the religions are as chapters in the one great Book of Spirit. Some teachings vary with the level of understanding and abilities of the people of the age of each religion's advent. 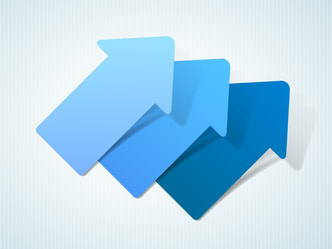 A major, necessary teaching for our time includes that Spirit is One by any name, even by no name at all. Let us embrace the life- giving tonic of the Oneness of all of Spirit's revelations, that we may upraise the oneness of humanity and build a better World.
The idea of religious teachings as built on from age to age is also known as "progressive revelation". It tells the story of religion's evolution.  Sadly, the newer have too often been denied by many faiths. This understanding helps us see more clearly into the teachings of the past that can seem harsh or senseless, especially in some of the older scriptures.  Simply, they were meant for another time.  With this historic understanding, difficult meanings become less troublesome and their variations more understood  as read in the context of the era of their introduction.
Spirit Links : Spirit / Teachings for the Age / Community/
Healing Religion / New Faith Concepts /
For Humanity / Virtue / Spirit’s Kindness / Religion's Power
__________________________________________________________
The idea of “progressive revelation” is in every faith, and explained in more detail by Baha'u’llah, said to be a Prophet of the 19th century. His teachings speak to our modern times, and can help to understand the panorama of the scriptures  of all ages.  Baha'u'llah is considered by Baha'is* as the Manifestation of God for our modern age.