Blog  / Video / Why Seek ? / Strong Power / To Call Many / How- To / Science / Prophet- Rebels /
A Higher God/ God Talk / Healing Religion / Spirits Law / Spirit- Rebel/  Action / For our World/ Connect
A God of Spirit's far Greater Knowing-- far above mine--
is what can truly bring the highest wisdom & knowledge.
<
>
We need the Strongest Power ever, for a world in dire difficulty.
Spirit, God and spirituality*1 are the greatest power on earth.
They call to many if not most of us, in many varied forms.
There are many spirit- paths, not all of great endurance & appeal .
We must seek for what will call in diverse masses of people  *2
Must link to Spirit's vastness
Must be long- enduring, perhaps a Century or more
Must strongly link to love and to kindness *3  For more link to Prophet- Rebels
The Test of "as-If"
A way to test for God, a faith or anything is to act as if its so-- often letting go of our withholds reveals a greater truth; for many it has revealed a God...

Prophet- Rebels
Every Prophet, in their own time, rebuked wayward stewards of religions' great power,
setting new paths for healing and guiding their new infant faiths to loving and kind better ways.. They were rebels with great charisma to call the masses, as seen in their fruits lasting long ages.
"If healing for myself and for the world could be found through
my own thinking alone, I never would have sought out for a greater wisdom." 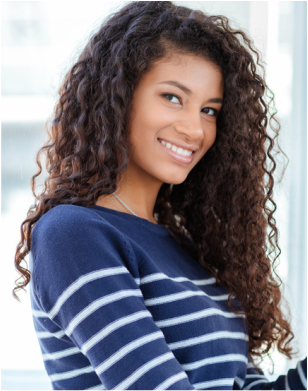 I began my path to Spirit by acting “as-if” there was a God, and making up a "God of my own understanding". Later, I thought:  “How can I expect to find the highest truth, or any truth bigger than my own mind unless I’m willing to let go of my ideas, and even, maybe, the current thinking of our times? For the Infinite, indeed, is likely beyond what I can fully understand,  and beyond my own worldly human will and wishes. To let go of all of that would take a lot of help.
Faith, sans Personal Preference & Opinion
Truly I believe that there’s a much Greater understanding than myself that I can access when I am willing to let go and listen to the inner or greater calling. I've also found that Spirit will affirm me when I bend my heart in willingness to hear Her higher wisdom and move closer to a life in keeping with that highest truth.  Also see--  Sex & Truth "To Weigh a Cause"

Do you believe, as I do, that nothing less than Something Greater than the human will and self can restore us to more healthy ways?
Would you care enough to ask to let go of will and self's desires and maybe, all you know as you, including your opinions, fears, and thoughts?
Could you find it in yourself to release your all to Higher Knowing?
To be guided to the Highest Essence I may grasp, I must let go
to Something Greater than what's between my ears, in my desires and even, sometimes, the thinking of a culture or society.
The soul will always thirst for truth, whether or not we even know it. And it will be satisfied with nothing less.
Let us seek that highest truth of Spirit, for it surely holds a key to human healing, a knowing that holds sustenance and deep recovery for ourselves and for our world.​

Again, the question is...
* Can we fight the truth by sticking to our own opinions while ignoring or discarding anything that disagrees with that--                 -- or--
* Could we perhaps allow ourselves to open to possibilities or views that may not fully fit, just now, with all that I may care for?
This fascinating video Einstein explains the God of his understanding.
It also has a lot about science and religion, including a most interesting point that is made near the end on the idea of what could happen in the world if religion was more accepting of science.